What is a Space Elevator? 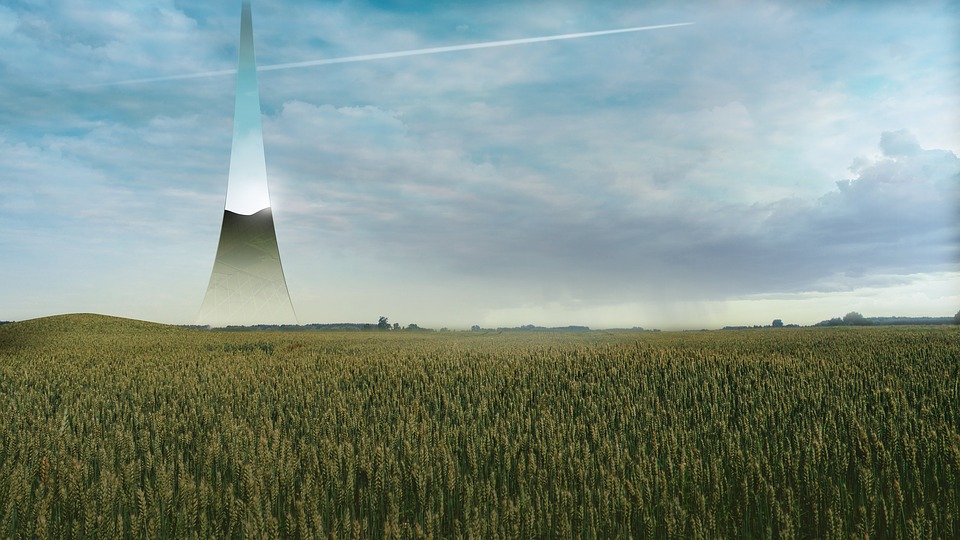 A space elevator is a proposed type of space transportation system. The main component would be a cable (also called a tether) anchored to the surface and extending into space. The design would permit vehicles to travel along the cable from a planetary surface, such as the Earth’s, directly into space or orbit, without the use of large rockets. An Earth-based space elevator would consist of a cable with one end attached to the surface near the equator and the other end in space beyond geostationary orbit (35,786 km altitude). The competing forces of gravity, which is stronger at the lower end, and the outward/upward centrifugal force, which is stronger at the upper end, would result in the cable being held up, under tension, and stationary over a single position on Earth. With the tether deployed, climbers could repeatedly climb the tether to space by mechanical means, releasing their cargo to orbit. Climbers could also descend the tether to return cargo to the surface from orbit.

The concept of a tower reaching geosynchronous orbit was first published in 1895 by Konstantin Tsiolkovsky. His proposal was for a free-standing tower reaching from the surface of Earth to the height of geostationary orbit. Like all buildings, Tsiolkovsky’s structure would be under compression, supporting its weight from below. Since 1959, most ideas for space elevators have focused on purely tensile structures, with the weight of the system held up from above by centrifugal forces. In the tensile concepts, a space tether reaches from a large mass (the counterweight) beyond geostationary orbit to the ground. This structure is held in tension between Earth and the counterweight like an upside-down plumb bob.

To construct a space elevator on Earth the cable material would need to be both stronger and lighter (have greater specific strength) than any known material. Development of new materials that meet the demanding specific strength requirement must happen before designs can progress beyond discussion stage. Carbon nanotubes (CNTs) have been identified as possibly being able to meet the specific strength requirements for an Earth space elevator Other materials considered have been boron nitride nanotubes, and diamond nanothreads, which were first constructed in 2014.

The concept is applicable to other planets and celestial bodies. For locations in the solar system with weaker gravity than Earth’s (such as the Moon or Mars), the strength-to-density requirements for tether materials are not as problematic. Currently available materials (such as Kevlar) are strong and light enough that they could be used as the tether material for elevators there.

So, when do you think we will be taking elevator’s to our favourite planets?